Many of you have noticed that your pets and possibly yourselves have improved your health in some way by not eating some type of grain or milk product. This Grain Facts blog is to explain why you saw improvement. The summary below is for those who are not that interested in the physiological mechanisms by which this happens. But for those of you who are interested in WHY grains can affect us badly, then read on after the summary below!

Grains contain proteins, carbohydrates and fats. Many components of grains cause problems to non-herbivore animals and humans including lectins (such as wheat germ agglutinin), saponins, phytates, amylopectin A, gluten, and others. For example, lectins in grains are produced by the plants to kill insects and fungi so that the grain is protected and can serve as seed for new plants. Lectins are also toxic for dogs, cats and humans. They cannot be inactivated with the heat of normal baking or cooking but many can be inactivated by soaking the grains for some days before cooking or by pressure cooking. This Grain Facts blog explains in detail the physiological mechanisms that explain why our health improves when we stop eating grains.

WGA lectins are in wheat, barley, rye and rice

If WGA is placed on intestinal tissue, it causes glycoproteins to stick to the intestinal cell walls and damage results that
resembles Celiac disease; they are unaffected by boiling, frying, baking or our stomach acid, but can be inactivated by pressure cooking; when enough intestinal damage has occurred, undigested proteins including WGA’s leak through the intestinal lining into the bloodstream and then the WGA’s:

This sugar is quickly digested and absorbed so it raises blood sugar higher gram for gram than table sugar does. High blood sugar causes the pancreas to release insulin which lowers blood sugar to normal. Repeated high blood sugar followed by low blood sugar over time leads to metabolic syndrome and type 2 diabetes and the following as well: dementia, anxiety, mental cloudiness, irritability, and hunger for more carbs. Amylopectin A is converted to triglycerides in the liver which leads to fatty liver and elevated liver enzymes over time. The triglycerides in the liver are very low-density lipoproteins (VLDL) which in the blood interact with large LDL particles and produce LDL smaller particles which are absorbed by inflammatory cells
that line blood arteries. Now these blood vessel cells are more prone to glycation and oxidative damage and atherosclerosis occurs (plaques, narrowed arteries, reduced blood flow to the heart and high blood pressure). [vc_tta_section title=”Bt toxin” tab_id=”1513006335705-78f3dfa8-d520″] Sprayed on crops or in Genetically Modified (GMO) crops to kill insects; binds to human intestinal cells, damages them, allowing leakage of undigested foods into the blood; Bt corn is implicated in the deaths of cows in Germany, and horses, water buffalo and chickens in the Philippines.17

A note about GMO:

Many seeds are genetically modified so the plant crop will be resistant to Roundup so that only the weeds in the fields will be killed. Glyphosate is the active ingredient in Roundup which is absorbed by the crop plants, too. So, we are eating glyphosate with plants that are from treated fields. Glyphosate was also licensed as an antibiotic. It kills good and bad bacteria in our intestines and disrupts folate (an important B vitamin) synthesis by our bacteria.14 The gene inserted into GM soy transfers into the DNA of bacteria in our intestines and our bacteria start producing GM proteins (pesticides) from then on.16 Rats fed GM soy developed liver cell abnormalities and pancreatic enzyme reductions.18,19 Glyphosate, like many antibiotics, also inhibits our body cell mitochondria (the energy producers for our cells) which stops any cell exposed to glyphosate from functioning.

In all grains and seeds including quinoa, amaranth and buckwheat.

Binds to cholesterol molecules of intestinal cell membranes, disrupt the intestinal barrier and we see increased leakage of undigested food into the bloodstream; saponins can break down red blood cells if they get into the bloodstream across a “leaky gut”; traditional methods of soaking (fermentation) then fermentation can help eliminate most saponins but some require pressure cooking to inactivate them.

Are grain and seed proteins that prevent our enzymes from digesting protein; chronic consumption can cause pancreatic damage; can be inactivated somewhat by boiling or steaming and all can be destroyed by pressure cooking.

Are glycoproteins in all grains (including quinoa, amaranth, buckwheat, brown rice), seeds (such as flax and chia), legumes (including beans, peas, lentils, soybeans and peanuts) and nightshade vegetables (tomatoes, peppers, eggplant and white potatoes) —- they kill molds, fungi and insects; lectins are resistant to most cooking methods, all can be inactivated by pressure cooking and many can be destroyed by soaking for some days (changing the water every 8 hours and adding 1 Tablespoon lemon juice OR vinegar OR ½-1 teaspoon baking soda OR a 1- inch strip of kombu seaweed) then boiling; they are toxic to man in the following ways:

A lectin in barley, buckwheat, bulgur, corn, couscous, farina, graham flour, kamut, matzo, oats, rice, rye, semolina, spelt, triticale, wheat, wheat germ. Sprouting the grain or fermenting the grain can reduce gluten content but no guarantees to remove all of it. Gluten is broken down into gliadin and glutenin by an enzyme in the small intestine called tissue transglutaminase (tTG). If a person is sensitive to gliadin, our immune system attacks it with antibodies. These antibodies also attack our own tTG. This is called autoimmune disease. tTG also holds together intestinal lining cells.

Such as avenin in oats, zein in corn, secalin in rye, hordein in barley, and gliadin and zein in corn), glutenins, alpha amylase, and trypsin inhibitors.

Grains and seeds have high quantities of phytates (in hulls or bran of all seeds and grains, beans and nuts) —- they can be reduced 20-50% by soaking, boiling or fermentation such as in sourdough bread.

Grain consumption increases blood acidity —- then bones release calcium to neutralize the blood; the loss of calcium from bone contributes to osteoporosis and osteopenia.

Are digested into small peptides which penetrate the brain and bind to opiate receptors to cause the release morphine-like opiate neurotransmitters which mimic opiate addiction and we see increased appetite for more carbohydrates. Over time of eating grain, we see reduced levels of B vitamins which are required to convert amino acids into brain neurotransmitters and we begin to see disruptions of brain function and decreased communication between the brain and the body. Some of the conditions that can result from this are:

Grains contain tannins which are difficult to digest unless soaked in acidic solutions.

Chlorine is used to whiten flours. The chlorine gas reacts with proteins in the flour to produce alloxan. Alloxan causes free radical damage to the DNA of beta cells in the pancreas and destroys them. Beta cells produce insulin which regulates our blood sugar level. This is why alloxan is used to create diabetes in experimental animals. Alloxan also increases liver weights in rats and mice. Food product labels that say “whole grain” actually are made with whitened flour.

Grains contain proteins, carbohydrates and fats. Many components of grains cause problems to non-herbivore animals and humans including lectins (such as wheat germ agglutinin), saponins, phytates, amylopectin A, gluten, and others. For example, lectins in grains are produced by the plants to kill insects and fungi so that the grain is protected and can serve as seed for new plants. Lectins are also toxic for dogs, cats and humans. They cannot be inactivated with the heat of normal baking or cooking but many can be inactivated by soaking the grains for some days before cooking or by pressure cooking. 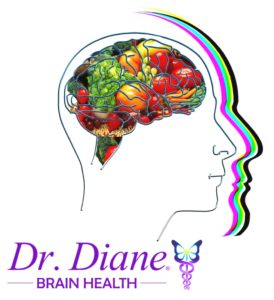