There are approximately 80 million stroke survivors worldwide– including myself. Over 50 million of them live with some form of permanent disability as a result. For many, life after stroke won’t be quite the same; but, with the right care and support living a meaningful life is still possible. I am living proof.

Observed on October 29th, World Stroke Day brings global attention to the urgent need for us all to take action on stroke prevention. One in four people is at risk of stroke in our lifetime, but most strokes can be prevented by taking a few simple steps. #DontBeTheOne

A stroke can happen to anyone, at anytime and anywhere. Today stroke is the leading cause of disability worldwide and the second leading cause of death, but almost all strokes could be prevented. Up to 90% of strokes could be prevented by addressing a small number of risk factors. These risk factors include diet, exercise, hypertension and diet. Preventive action on stroke would also contribute to a massive scale reduction in stroke and would contribute to global goals to reduce cardiovascular disease, cancer, diabetes and other significant causes of death and suffering worldwide.

What is a Stroke?

A Stroke or “Brain Attack” is a form of cerebrovascular disease that affects the blood supply to the brain. It interrupts the flow of blood to the brain and can occur from one of two ways: 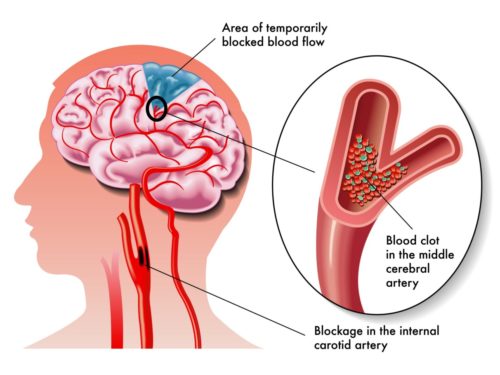 TIA is a transient ischemic attack. This means there is a brief reduction of the blood flow to the brain. It mimics stroke symptoms stated below and also can be confused with symptoms of a migraine headache or partial seizure. The difference is the amount of time involved. The best advice is always to contact your medical doctor if you have any of the symptoms listed below.

Symptoms of a Stroke

The most common symptoms of a stroke are:

Causes of a Stroke

For most stroke survivors, caregivers and families, life will be different. Accepting and adjusting to life after stroke is fundamental to your recovery and well-being. Finding your ‘new normal’ won’t happen all at once, but by working with your healthcare team, developing new routines and tracking your goals, you can make progress.

Life after stroke can feel lonely for both survivors and for caregivers. It is important to realize you are not at all alone! Connect with others who have experienced a stroke or are caregivers; get practical advice on daily challenges. Even just reading stories of survival and recovery are all powerful actions that can provide hop, comfort and encouragement. Read my story and other testimonials.